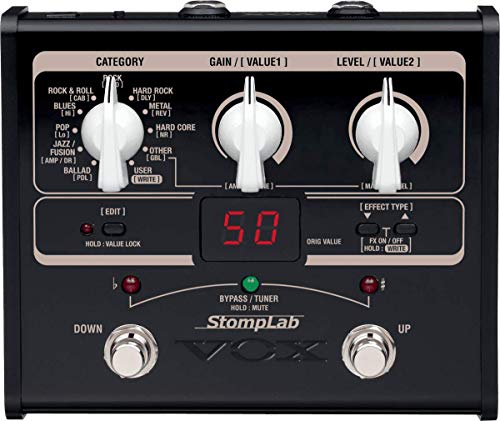 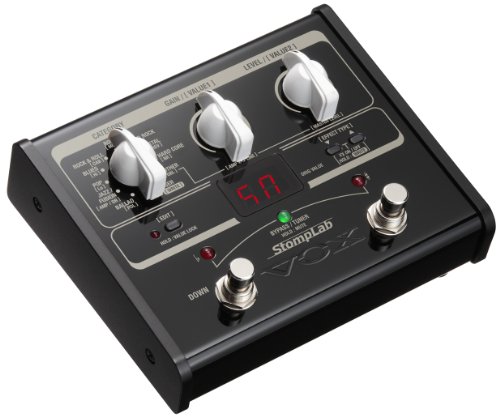 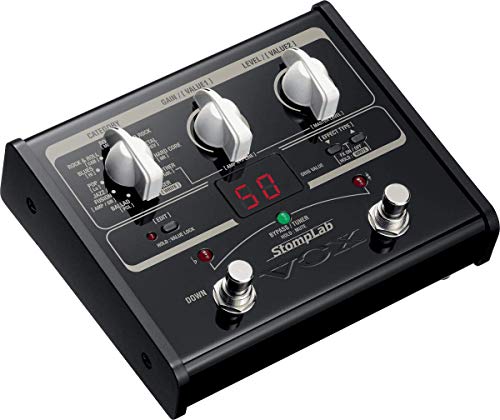 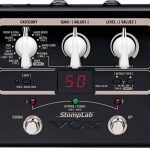 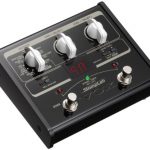 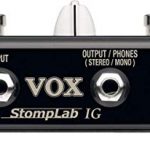 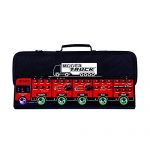 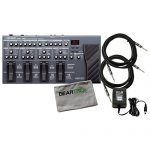 The Vox Stomp Lab series of effect pedals, of which the Stomp Lab IG modeling guitar pedal is a part of, are impressive new contenders that pack powerful sounds into compact and sophisticated looking metal bodies. Sound variations are categorized by style, such as rock, blues, and ballad, making it easy for even novice users to recall the desired sound. With high-quality looks, plus its high quality sound, the Stomp Lab series will be a great companion for the guitarist or bassist for years to come. Multi-effects units contain an incredibly diverse array of sounds that range from distorted to clean, and the sheer number of these sounds can be staggering. Although having a large number of sounds is a great advantage, it can also overwhelm the novice user, causing difficulty or confusion. The Stomp Lab series is designed to be easily usable, even by novice players. Since each program is named with a musical style, such as rock, blues, or metal. You’ll be able to find the perfect sound without being concerned with specific effect names. The musical styles are categorized into ten types, and cover everything from straight-ahead traditional styles to quirky, unusual sounds. There are ten variations for each category, so you’re sure to find sounds you like.