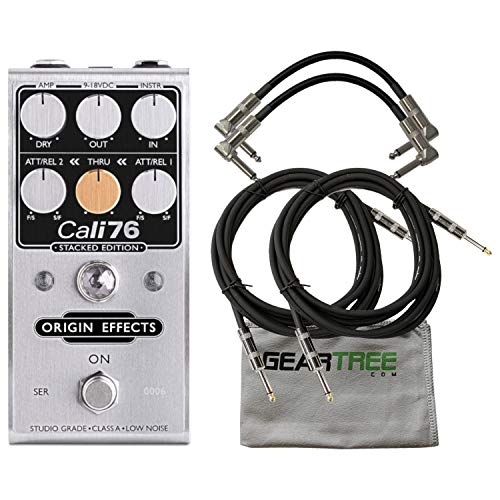 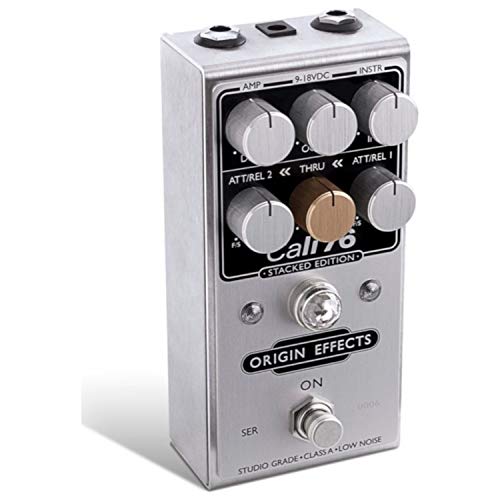 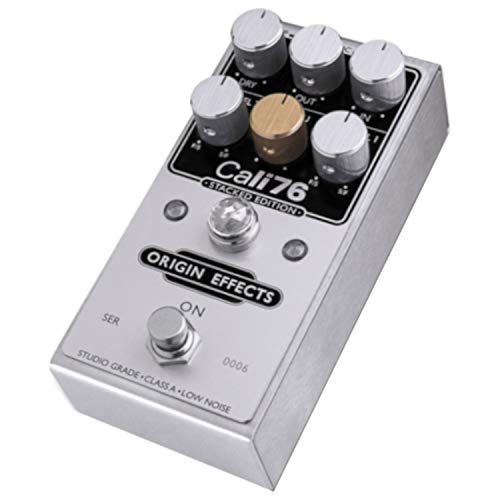 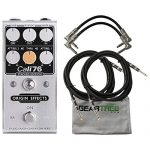 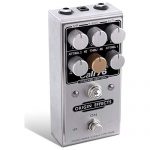 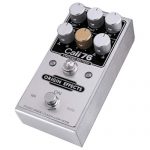 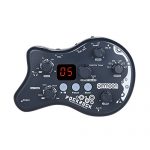 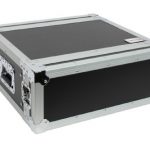 The Cali76 Stacked Edition is the missing link between Origin Effects’ Cali76 and SlideRIG ranges. The gold ‘Thru’ knob determines how much signal is fed from the first compressor to the second. Incredibly simple to use, this control allows the Stacked Edition to deliver not only single-stage Cali76 and dual-stage SlideRIG sounds but also everything in between.Independent LED VU meters let you see exactly how hard each stage is working, while each of the compression stages features its own combined Attack/Release control. With the Cali76 Stacked Edition, you can combine two distinct flavours of compression – one to add sustain and fullness and the other to subtly limit any stray peaks, for example – or max out both stages for a “clean overdrive” effect.