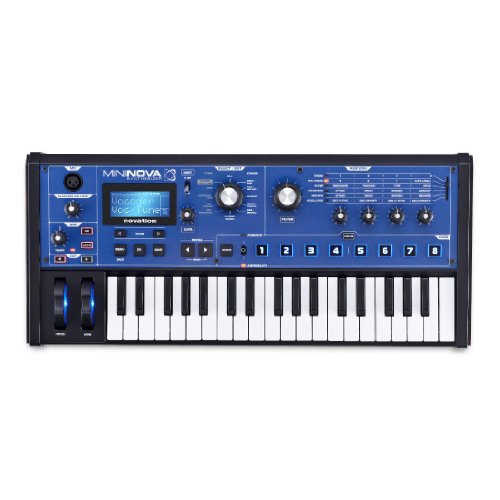 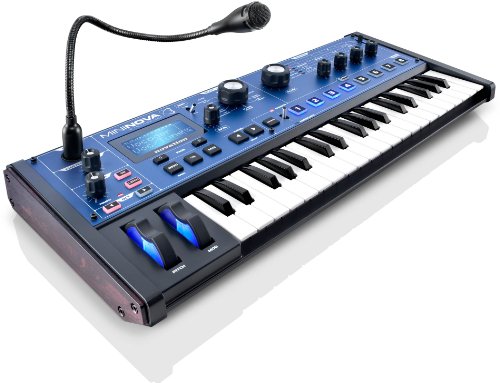 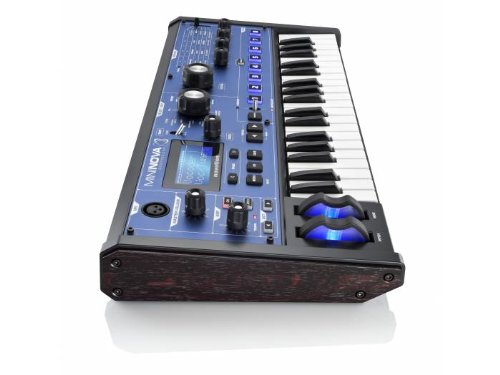 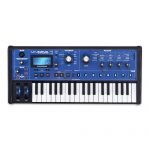 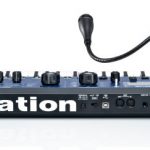 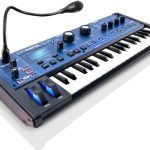 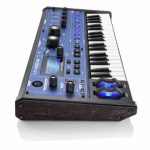 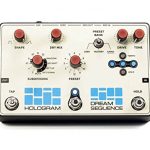 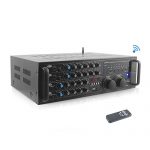 Focusrite MiniNova is a powerful mini-keys synth with incredible performance controls, which enable you to tweak and warp the onboard sounds and your own voice. It has the same synth-engine as UltraNova, and comes with 256 sounds. It also has a fully editable Nova-class synth engine. MiniNova’ s compact size, massive sound, and performance/editing controls make it perfect for producers, gigging musicians, and anyone creating music with computers. It can also be a 37 key controller keyboard with MIDI I/O. The VocalTune and vocoder enable you to recreate classic vocal effects, as well as new voice-bending possibilities. MiniNova has 256 onboard sounds and space to save another 128 sounds. It comes with a free software Patch Librarian so you can store as many sounds as you want on your computer. MiniNova has knobs that allow you to tweak and edit sounds, but it can also ‘animate’ sound with 8 back-lit buttons. These trigger ‘mods’ in the synth engine can warp sound in incredible ways. There is also a large knob for filter cutoff so you can get instant control. You can run your voice through MiniNova’ s effects engine and there is an input into which you can plug a guitar or any other instrument and give it the same treatment. MiniNova has an enormously powerful synth engine with 14 conventional waveforms to choose from, 36 wavetables, and 20 digital waveforms. Each of the 3 oscillators (per voice) have density. There are 14 filter types, 6 envelope generators, 3 LFOs and 20 modulation slots where you can link modules of the synth engine together to shape sound. MiniNova can add up to 5 effects to each voice including distortion, reverb, chorus/phase, delay, compressor, EQ and Novation’s unique gator effect. Editing sounds in such a powerful synth can be overwhelming, so we’ve created the MiniNova Editor which works as a plug-in within your DAW or music software. You can fully edit MiniNova using the hardware and the software makes it easier to see what you are doing.